Lee 5:12 PM 3 comments
Tweet
Like many people in the history of science and technology, I am deeply interested in the history and cultural work of popular science, including magazines, books, TV shows, and now webpages and podcasts. I hope to offer some reflections on pop science over the coming months and also to highlight some web-based works on science that historians and other critical thinkers have created. 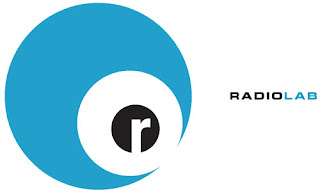 I wanted to start with some thoughts on a truly great pop science program, the WNYC (National Public Radio) show, Radiolab. And I particularly want to think through its relationship to common-sense, something that all popular communications must consider.

Radiolab began production in 2004. It features co-hosts Jad Abumrad, who received a MacArthur "genius" grant for the work in 2011, and Robert Krulwich. From the beginning, the show experimentally pushed the bounds of radio sound design, which had already achieved new heights in programs like This American Life and Studio 360. Abumrad and Krulwich typically tackle *big* topics that have always haunted Western thought (and Eastern thought for that matter, though their focus is typically on the West). The nature of time, space, consciousness, emotion—all of the timeless puzzles provide the show's fodder. 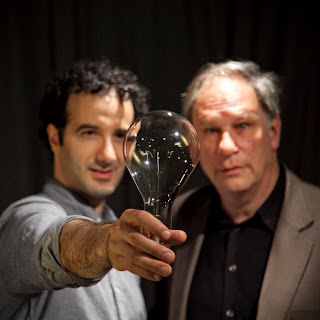 It is here that the question of common-sense rises for me. As Lukas, Hank, and I recently discussed, every communication, but especially popular, mass communication, depends on some notion of what current common-sense is. I wonder how Radiolab does and does not invite us to challenge such notions.

I want to note upfront that I do not mean what I say below as a grouchy, STS-infused criticism of Radiolab, a program I adore. All following prodding is meant only with love.

In this video, Ira Glass, the creator of This American Life and NPR hipster nonpareil, says, "Radiolab is reinventing what you can do on the radio in a bunch of interesting ways and the most basic one is that it conceives of itself as an entertainment." This is important. We can question the degree to which previous science popularizers—Carl Sagan, James Burke, David Attenborough, etc.—viewed their work as entertainment, but what is clear is that Radiolab participates in what we now call "edutainment." As such, its audience is the middle-brow, the class of folks who like to be broadly educated, who enjoy learning, and who say things like "that's a good fact to bring up at a cocktail party." Here, I'm not using middle-brow as a slur. Or if I am, I'm aiming it directly at myself. We can wonder, however, how Abumrad and Krulwich imagine the middle-brow listener (reader, consumer, whatever). Perhaps, they simply think of themselves or their friends, but regardless, implicit or explicit, such imagining is at work.

Radiolab often takes part in a dominant middle-brow trope of the day: the appeal of the counter-intuitive. People describe Malcolm Gladwell as the master of this domain. (A moment of Google joy: "Malcolm Gladwell counterintuitive" came up in the search bar as I was typing it. His place in the literature of the counterintuitive has been long recognized. Thanks to Andy Russell for pointing out this trend to me a few years ago.) This form of story-telling has a broad reach. We can think, for instance, of Steven Levitt's and Stephen Dubner's Freakonomics, which argued, among other things, that the decrease in crime in the 1990s was caused not by prison reform or increases in policing but by Roe v. Wade because the court decision allowed people to abort unwanted children, some of whom would have eventually become criminals. Today, among some populations, there is a sense that, if a statement is counter-intuitive, it must be right. So, there is a business in trafficking in counter-intuition and supposedly shaking us up a bit. Radiolab participates in this business more than a little.

The counter-intuitionists, including the Radiolab-ers, love to play at the nexus of neuroscience, behavioral economics, and sociobiology. Man, that stuff is hip. (But why is it hip? Maybe a topic for the future.) Abumrad and Krulwich use these fields and theories—and work conducted in their name—to interrogate received beliefs about things we hold dear, such as sexuality and emotions. Now, when communications are pitched in this way, we should question whose "received beliefs" we are talking about. Do any of us really believe the things such communications catechize? My guess is that these stories of unveiling reward us, in a Nietzschean way, for already believing what the program is telling us is smart, cutting-edge, and quasi-heretical. In this way, "unveilings" simultaneously reinforce a certain status quo and congratulate us. But, whatever, I'll take those snobby kicks if I can get them.

What concerns me more is how Radiolab and other instances of pop science could help us to question the world even more but pass on the opportunity. They particularly eschew the opening to examine the uncertainties of science itself. Sure, Radiolab is pretty good at admitting at key moments "we don't know what's really going on here." But I think it typically uses science as a tool to question the world instead of questioning those very tools and how easy and reassuringly they lay at hand. Along these lines, I have this kind of arch-Radiolab scene that I can't get out of my head. In it, Robert says, "Hold on, I don't get it. How does that [human thing under question] work?" And Jad softly, compassionately replies, "Well, you see, thousands of years ago, when we all lived out on the veldt . . . " and then explains how we evolved to be this way or that way. Indeed, the show uses an "imagine you are running from a tiger" type evolutionary thought experiment in one of its earliest programs on stress. I'm into Darwinian evolution. It's a great explanatory theory, and I love its history. But I wonder if we are best served by such easy-going explanations that depend on ideas that are by no means scientifically "settled." (I know, I know. A problematic statement. But let's keep moving.) I'm even more puzzled and perturbed by Radiolab's casual evocation of neuroscience and behavioral economics. And here's why.

Consider the book, Nudge: Improving Decisions about Health, Wealth, and Happiness, by Richard Thaler and Cass Sunstein. The authors use studies drawn from neuroscience and behavioral economics to argue that humans are inherently irrational but that their decision-making can be greatly improved through some minimally manipulative techniques. Great. We can see how such a view would appeal to many people, especially the well-intentioned elite. David Cameron's government in the UK is currently setting up a 'nudge' unit to improve public policy-making and make it more efficient. Now, here are a few possibilities and it's unclear which is most likely: a) the efforts of this unit will be hugely successful and will, by all accounts, greatly improve life, b) Nudge accurately captures some aspect of human nature and, thus, will provide governments with better tools for coercing the public in perhaps undesirable ways, and c) the Nudge-ian visions of human nature are wildly off-base but will provide foundation for misguided and destructive policy efforts for the next generation. I'll make no bets on which one of these extreme alternatives–or much more likely some combination of them—will win out. But to the degree that we must consider such ideas as citizens who may one day be affected by them, I'm not sure that Radiolab is helping us be better people by casually, uncritically deploying the neuro-behavioralecon-sociobio nexus.

To conclude, Abumrad and Krulwich take scientific findings and use them as tools to explore the great mysteries of existence. It would be so great if they would use those same tools, and their methods of story-telling, to complicate our understanding of science in society. I have every faith that they would do it in a way that was insightful, empathetic to scientists and audience members alike, and, yes, entertaining.

All points well-taken, Lee. One thing I find interesting about criticism of *Nudge* and behavioral economics more generally is this:

It's long been common to lampoon the degree to which economic models rely on rational choice theory. As one response – behavioral economics – has spread from academia to policy (though remember, marketing firms developed similar insights before Don Draper!), it's now common to critique (and, more frequently, distrust) *those* assumptions, too.

Why? One answer might be that they're off base. But this doesn't sound like what you're saying. Maybe it's *because they're more right* than their predecessors: that is, fear stems from the fact that we imagine them working too well. This feels closer.

I guess what I'm wondering is this: when, across the nineteenth century, it became increasingly common to model, predict, and police human behavior with statistics, there were skeptics and critics. Now, we pretty much take statistical analysis on board as *one tool among many*, and don't really question its use on a program like RadioLab (or on FiveThirtyEight).

Lee, thanks for turning our attention to Radiolab. I love the show and I do think it's worth our attention, especially in terms of the way it presents science.

My own response to the show has generally run in a slightly different direction than the one you indicate here. I usually think about Radiolab in the context of other NPR science radio shows, which means I think about it in comparison with Science Friday (is that still on?). The difference between the two shows is revealing. Science Friday delves much more deeply into the process of science---it opens the black box more frequently, you might say. Living, breathing scientists come on and talk about how they do what they do, about broad implications, etc. This would seem to be what you're looking for here.

Yet Science Friday (back in the days I used to listen to it) still managed to make Science look pretty clear-cut, pretty neat. Here we were being shown how the sausage got made, and it turned out that the ingredients were pretty much all lean turkey, if you get my drift. The show *celebrated* "science," even as it peeked inside its workings.

In contrast, Radiolab celebrates curiosity, skepticism, *and* humility. We don't get to see inside the "science" all that often, but we do get to hear Robert or Jad say nearly every episode that some part of what they are talking about doesn't ring true. Oftentimes those objections boil down to problems of complexity. Having revealed a simple story, one of them (more often Robert) says that the simple story doesn't seem to capture the fullness of experience.

In an episode called the "Bad Show" from this year, Robert and Jad talk about Fritz Haber and come to one of their better conclusions: they settle on the idea that scientists, for all the great stuff they can know or come up with, should always possess equal parts "humility." There's a serious, moral tone here that I dig.

I think Lee's point is still important and worth noting. But if I had to choose between more under-the-hood science or more curious-skeptical-empirical-humility, I'd choose the latter every day of the week. (This is a preference I learned from "The Will to Believe," I think.)

Nice post; I like Radiolab a lot and have sometimes appreciated how they weave some history of science and technology into their popularizations.