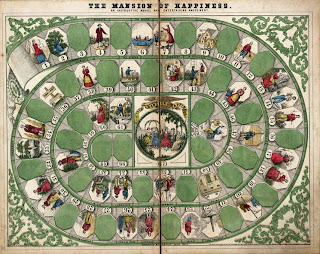 For some time now, historians of science--including those who transformed the field with their carefully wrought, local, micro-studies--have been lamenting the lack grand narratives. Nevertheless graduate students continue to be trained to drill deep, sacrificing breadth for depth. And even if and when junior scholars contemplate "going big," they find precious few examples to follow. Writing stories that transcend a single community, idea or even place, involves thinking differently about sources and about audience.

Big histories also require the historian to think differently about herself and her relations to other scholars, those whose local stories have slowly carved out the vast canyon that becomes recognized as a national treasure. I'm suggesting that the best big histories make visible the canyon and the river, they reinterpret the accretion of "small" but powerful studies without which such sweeping narratives cannot be well told.

This kind of metaphorical talk invites debate (so, bring it), but the reason I'm motivated to write about this at all is that I can't stop thinking about Jill Lepore's new book, The Mansion of Happiness: A History of Life and Death (Knopf, 2012). Lepore, Chair of Harvard's History and Literature program, initially published many components of the book through her other gig as a staff writer at the New Yorker. Bound together, the whole is greater than the parts, a fantastic resource for thinking about what it means to write "big histories" for audiences comprised of our peers and other reading publics.


The narrative conceit is deceptively simple: tracing a shift in attention to life and death "from the library to the laboratory" over the course of the 19th and 20th centuries. In doing so, Lepore tackles some massive questions about the consequences of the rise of experimental knowledge and the apparent displacement of humanistic approaches as central to ideas about life and death.

The form of the book is ontogenic, each chapter recapitulating a stage of human life in America. After some clever framing in terms of the history of the board game "The Mansion of Happiness," familiar to many more of us as "The Game of Life," she presents a critical reading of Lennart Nilsson's iconic photos of fetuses, moving on to debates over infant feeding, sex, marriage, work, parenting, aging, dying, and so on.

Lepore did plenty of archival research to write this book, but she also drew deeply and generously on the expertise of a vast range of historians of science, technology, and medicine, including Steven Shapin, Ruth Cowan, Charles Rosenberg, Dorothy Ross, Karen Rader, Lynn Morgan, and the list goes on and on. I read Lepore's Mansion of Happiness as a calling card for history of science, in particular, the history of the life and human sciences, big and small.

Few readers of AmericanScience will be surprised that Lepore makes evident that high and low forms of literature have shaped and been shaped by the apparent scientization of American culture. But, perhaps most intriguing to us practitioners is the note on history with which Lepore chooses to conclude.

Following an account of cryonics and a visit to a warehouse of frozen bodies (!) in a penultimate chapter titled "Resurrection," she writes, "Hiding between the covers of this book . . . lies a theory of history itself, and it is this: if history is the art of making an argument by telling a story about the dead, which is how I see it, the dead never die: they are merely forgotten or, especially if they are loved, remembered, quick as ever."

Against claims that the library--in this case, the archive--has become a kind of laboratory for making knowledge about the past, Lepore would have us remain attuned to the fact that the laboratory and its inhabitants have left rich libraries for understanding what it means to be human. In this project, her account is neither the first nor will it be the last. But it goes far in demonstrating that historians of science, medicine and technology are asking questions whose answers are of consequence beyond the bounds of our allied disciplines; there is still plenty of room to grow.

From my perspective, this post is incredibly well-timed. As a historian who is currently trying to find ways to introduce the concept of wider narratives into my work, it sounds as if Jill Lepore's book might be a terrific resource and guide. Hopefully it will be useful to others as well, thereby allowing the concept of broad histories and narratives to become more familiar to our readers and the general public.

I agree---a well-timed post and a beautifully written one too. I'm itching to get my hands on Lepore's book now! I've read some bits in the New Yorker (I recall cutting out the fun piece on senescence and G. Stanley Hall, for instance).

It also sounds like a text that might work well in the classroom, like that other New Yorker writer's book, which I continue to use despite of (and because of) its faults.

Well-timed indeed! Any day now, 2012's Osiris will be released, the title of which is "CLIO MEETS SCIENCE: THE CHALLENGES OF HISTORY." The volume is edited by Kohler, and is linked up both to his 2005 essay on "A Generalist's Vision" and to a conference on a similar theme thrown in his honor a few years ago (Joanna, correct me if I'm wrong on that last point..). Should be of interest to those looking for big histories of science!

I thought the Kohler Festschrift was Knowing Global Environments, edited by Jeremy Vetter. But looking at it, I don't see any explicit note to that effect. I'm looking forward to the Osiris, though.

In other news, Ben Schmidt at Sapping Attention points out a sentence in Lepore's last New Yorker article that has drawn quite a bit of attention. You can read Schmidt's critique for yourself. I think he's mainly criticizing a certain kind of popularizing technique (the counter-intuitive reveal, perfected by Malcolm Gladwell) that can occasionally lead writers to overstate their case. Lepore's statement is only partly right and only partly wrong. But is that good enough? Should we expect more from ourselves as scholars?

I must admit I am also concerned (thinking about my own writing) that the urge to write more accessibly can lead to precisely these sorts of imprecisions. Is there a necessary trade-off between enjoyable writing and scholarly precision?

You're right, Dan. I'm looking forward to the Osiris too!