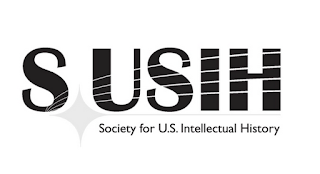 The Society for US Intellectual History (S-USIH, or "sushi") runs both a blog and an annual conference in New York City. The theme of last year's – at which I presented – was "Narratives," and they've just announced that next fall's will be "Communities of Discourse."

According to the CFP, proposals are due 1 June and the event itself will be 1-2 November 2012. Besides the obvious attraction of Manhattan, they've got a great keynote speaker (David Hollinger) lined up – and at least the potential for interesting dialogue with history of science.

Why "potential"? Well, it was my impression last year that the focus skews strongly to twentieth-century political thought. Whether true or not of the field overall, it left the interface with the history of science mainly in the form of the social sciences relevant to that history of political ideas.

But it strikes me that there are way more ways to skin this cat, and that those who work on everything from dinosaur bones to the bomb could add to the conversation in a lot of ways – from new actors and institutions to new theoretical insights about "communities of discourse."

I talk too much about the need to get historians of science and intellectual historians thinking together, but this year's USIH conference seems like a good opportunity to collapse these two "communities of discourse" in a new way. Let's make science a bigger part of the program.

Hank, are you proposing that instead of staging a "sit-in," we stage a "sci-in"? I hope you are.