Home » Unlabelled » A Contest for Writing the New Social Contract: The US Citizens' Terms of Service?

A Contest for Writing the New Social Contract: The US Citizens' Terms of Service?

Lee 12:05 PM 4 comments
Tweet
Social contract theory—the idea that each person (implicitly or explicitly) agrees to a set of rules, rights, and duties by choosing to live in a society—has rested at the heart of Western political thought for the last three to four hundred years. The fallout surrounding the Snowden Affair and the NSA snooping programs that it has unveiled can be seen as a brouhaha over a social contract. The aggrieved feel that they had signed onto an agreement, say, The Bill of Rights, which they believe these programs violate. 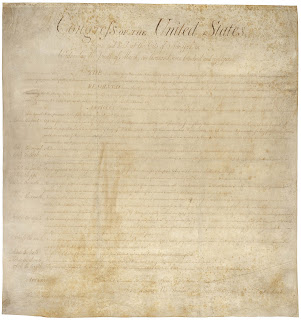 Most of the discussions I have heard so far focus on how we can ensure proper oversight of the NSA's programs, either through courts or through Congress. Many express skepticism about the viability of such oversight systems, however. Who will watch the watchers? And who will watch the watchers' watchers? I'm with the skeptics here. I have little faith in systems of oversight, so I do not think they are the place to put our focus.

There's another option: we could write a new social contract that reflects the technological reality of the Internet and governments' use of it for intelligence and law enforcement.* This new social contract could be modeled on Terms of Service, the agreements users click through when they sign up for services (like Facebook and Twitter) and agree to use products (like Adobe Professional or Apple ITunes). In honor of our national celebration of Independence Day and the adoption of the Declaration of Independence, I will hold a contest to see who can write the best new social contract.


Members of the intelligence community will tell you that people are often of two minds about intelligence gathering. When something terrible happens, like when the Tsarnaev brothers bombed Boston, people want government agents to have extraordinary capabilities to gather data and find those responsible. Yet, people also want to have complete privacy when it comes to certain matters and certain "places," like their email boxes.

We probably cannot have it both ways. For example, we would expect law enforcement agents to interview acquaintances of suspected criminals. The question is how law enforcement will find out who those acquaintances are. Now, law enforcement officers can discover criminals' acquaintances by feeding criminals' cellphone metadata into a computer program and using an algorithm to find other cellphones (that is, people) that were regularly in the same location as the person(s) under investigation. This strategy doubtlessly leads to false positives and potentially to government agents hassling innocent people.

More important, as many have pointed out, it is not clear that the traditional system of getting a warrant for a search fits these technical procedures well. Hypothetically, judges hand out warrants when law enforcement officers can prove that they have good reasons to make a search. (Many would claim that the warrant system has often been abused.) But government agents use metadata to discover WHO THEY SHOULD SUSPECT, and this process involves everyone's information, even yours and mine. How would warrants work in this case?

One solution to this conundrum would be to have people sign an agreement, the US Citizens' Terms of Service, which makes clear that their online activity is not private and that all of it is open to government examination at any time. These Terms or Service would make explicit our political and social reality, and allow the NSA and other agencies to continue their practices without anyone having hard feelings. (Or is it that the aggrieved are experiencing cognitive dissonance? The Terms of Service would alleviate that, too.)

There are many, many issues that would need to be resolved before the US Citizens' Terms of Service could be adopted, however. For example, we could imagine a lively debate that would mirror long-lived arguments amongst Christians about the proper age for baptism. How old should someone be before he or she clicks through the national Terms of Service?

Can we imagine an event modeled on the christening, wherein, when a child is a few months old, his or her parents go to the court house and use a mouse to tab through and mostly not read the terms in front of a judge? That way mom and dad can let the IPad babysit the child without the the young one laboring under the notion that playing online with Sponge Bob or Dora the Explorer or whoever is private. Grandma and Grandpa and other family members and friends could go to the courthouse and take smile-filled photographs of the momentous occasion.

Or perhaps our thoughts would align closer to where the Baptists come down on baptism: a person should be of an age where he or she can make an adult decision about whether he or she agrees with the Terms of Service. Perhaps an educational unit and test on the US Citizens' Terms of Service could be added to ninth grade Civics classes. Students would receive a certificate and the warm applause of proud parents on the day that they are finally allowed to click through, and not read, the national user agreement. Each child would come to a podium and take the mouse in hand; the computer screen would be projected on a large screen over the stage; and the audience would cheer and whistle as the amplified clicks echoed through the school gymnasium.

We will also need to decide how often citizens need to renew their agreement to the terms. For instance, we can imagine the Federal Communications Commission mandating a technology standard that every web browser installed on a computer in the USA would require users to click the US Citizens' Terms of Service every time he or she logs on.

And there are so many other details that will need ironing out.

For all of these reasons, I propose a contest, a contest for the writing of the new social contract. Contestants can either put their submissions in the comment field of this post or email them to me at leevinsel@gmail.com. The submissions should be modeled on the terms of service of Facebook and other such companies; they should be filled with the kinds of inscrutable legalese that make terms of service so endearing.

The winner will receive this t-shirt. 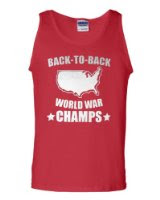 I will leave it for the reader to decide whether the shirt is ironic. Of course, the t-shirt is simply a token of appreciation. The real reward will potentially come when the US Citizens' Terms of Service is adopted a central political document of the USA and the writer joins the ranks of the Founders and other great citizens of the nation's history.

I will announce the winner on July 18th, that is, two weeks after Independence Day. This contest will be exceedingly informal and will mostly reflect my own prejudices. I may involve the other team members of this blog in the judging, but they are busy people and may not have time.

* One silly argument that people who Evgeny Morozov calls "Internet centrists" might make is to say that the Internet is such a "radical innovation" it has somehow undone all previous social contracts, including the Constitution and the Bill of Rights. We can imagine them making allusions to Joseph Schumpeter and/or William Ogburn's notion of "cultural lag." I don't see any good reason to go along with this line of thought. The Internet has not so radically shifted things that we need to rewrite the rules of, say, when governments can search our residences.

It took how many years of struggle from Magna Carta to the Petition of Right and the revolution and Restoration then the Glorious Revolution and then The Enlightenment to produce the Declaration of Independence - from which Jefferson was required to strike the passage denouncing the institution of slavery... and you give - to whom, precisely - teo weeks to produce a "better" document? What, I wonder, is in the air in DC that leads you to think this makes any sense at all? Perhaps I'm exhibiting a total failure of imagination, but I belie e the difficulties confronting us are as little likely to be eased by a bill of rights modeled on the agreement to use ADOBE as it was to be solved by a bunch of elf-described "creative" types from a park by Wall Street.

Thanks for your comment, Publicus. I think it took Jefferson about 20 days to write the Declaration of Independence. I'm only looking for a first draft. As for the "to whom" question, it's very democratic and open to everyone.

It took Jefferson twenty days to write the Declaration of Independence, you say, I infer from this that if only another Jefferson is on the blogroll we will find a new way forward in a week or so!

Hi, Publicus. Thanks again for your comments. Heavens no! I don't think there's a Jefferson on our blog, though there are a few good writers (not me). That's why I put a call to all potential Jeffersons the world over, and I'm still hoping we might find one! Otherwise, I fear that we'll give into the temptation to treat the Founders as if they were superhuman.