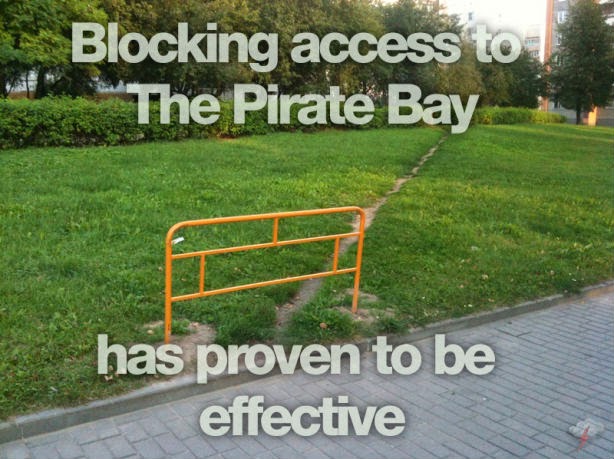 On April 17, 2009, four men were found guilty in a Swedish court of law for aiding and abetting violation of the Swedish Copyright Act. They were charged because, in 2003, they set up a BitTorrent tracking website called The Pirate Bay which is currently employed by millions of users around the world to share digital files, many of which contain copyrighted materials. This case is an example of how the character of mens rea (guilty mind) and actus reus (guilty act) – the orthodox underpinning of western legal traditions – is at stake in the context of large-scale computer-networked activities.

The Pirate Bay four were charged both criminally, for enabling copyrighted materials to become illegally available, and civilly, for financial damages allegedly experienced by the plaintiffs (primarily film and music production companies represented by the International Federation of the Phonographic Industry). The prosecution argued that the defendants clearly intended to make copyrighted materials available – evidenced, for example, by their membership in the infamous Piratbyrån (the Piracy Bureau, founded to counter the Swedish Antipiracy Bureau) and their seminars entitled “How to Dismantle a Billion Dollar Industry as a Hobby.” They then acted on these intentions by constructing the Pirate Bay site and they are directly responsible for enabling the illegal availability of copyrighted materials that ensued. More, they benefit financially by way of ad revenue from the site.

But in return, the defense questioned whether, when, and where the principal offense of copyright infringement occurred and denied that the defendants were participants in it. They proposed that the prosecution had, quite simply, failed to understand how The Pirate Bay and BitTorrent filesharing actually work.

BitTorrent is a “peer to peer” data transfer protocol designed to facilitate fast and easy digital file exchanges. The crucial insight is this: as an individual computer downloads a file – say the most recent episode of Game of Thrones (currently breaking filesharing records around the world) – it simultaneously uploads the bits it has acquired to other users. This method distributes the uploading and downloading bandwidth costs of filesharing across all users who have or want the episode on their computer. A crucial piece of the BitTorrent protocol are .torrent files which serve to connect computers to an existing network that is sharing the desired file.

There is nothing illegal about setting up torrent tracking sites, and there is nothing illegal about the BitTorrent protocol. It is used for the legal circulation of products and updates by many gaming and software development companies. This was at the heart of the defendants case in the trial – the Pirate Bay was just a search engine, no more or less culpable than Google in the circulation of content that was beyond the Pirate Bay four’s control.

More than that, the defense argued that if the four defendants were to be found guilty of aiding and abetting copyright infringement – the principal offense – then the prosecution had to prove that the primary offense had occurred, they had to show where it occurred (in order to justify the Swedish court’s jurisdiction in the case), and when it occurred (in order to demonstrate the defendant’s causal relationship to it). They wanted the prosecution to point to the crime in the heterogeneous and distributed file-sharing network.

This was not so easy. After a police raid of the Pirate Bay headquarters in 2006, the site’s servers were re-located to multiple countries. Their locations are hidden. Legends of deserted island server sites abound in the user lore. Plans to put the servers on GPS controlled drones have been discussed. The .torrent files that enable users to share copyrighted material with one another, those users, and their computers which actually housed the copyrighted material in question form a globally distributed, de-centered, heterogeneous network.

The prosecution on the other hand, black-boxed the technical infrastructure of The Pirate Bay, arguing that clear malicious intentions on the part of the defendants went into the site, and obvious copyright infringement came out. They argued that that sufficed for the aiding and abetting charges to stick. Here was a case of clear mens rea and actus reus on the part of these particular “first movers” of the site. The court agreed. The four defendants were found guilty on both criminal and civil charges. The IFPI celebrated the verdict as a major victory in the fight against digital piracy. The defendants were imprisoned for a year and reduced to virtual bankruptcy paying reparations to the plaintiffs.

However, in spite of the removal of the four “prime movers” nothing happened to The Pirate Bay. The site wasn’t even down for a day. When the verdict was released, a message appeared on the home site: “Don’t worry – we’re from the internets. Everything will be alright :-).” The distributed network was sufficiently robust to thrive in the absence of those who created it. In this regard, the court failed in one of its mandates – to put an end to the illegal activity. The Pirate Bay continues to flourish – there are at this very moment upwards of one hundred thousand people available to seed versions of Game of Thrones episode three by way of .torrent connections from the site. Just this week, copyright holders requested that Google remove two million urls from its search index to make them “un-findable” by Google search. These urls represent barely 5% of the site’s content.

The network has agency that exceeds that of its guilty makers. I propose that the site also troubles the traditional emphasis on individual agency and culpability before the law. The Pirate Bay four could only be charged with the intent to make copyright infringement possible, not with copyright infringement itself. That second and more serious infraction was distributed across millions of people and their enabling technologies such that the time, the place, and the individuals behind any particular instantiation of copyright infringement could not be identified. Networked digital computing has made possible new forms of collaboration and communication that challenge existing legal traditions. That is not to say that the law should be something different. Indeed, the guilty verdict in this case was a clear reinforcement of individual culpability in the face of networked criminal activity. However, the strategies deployed by both the prosecution and the defense in this case represent active interpretations of The Pirate Bay.

This is the first in our Scientific Orthodoxy special series.

Stephanie Dick is a PhD candidate in the Department of History of Science. Her current research is supported by a Turing Centenary Fellowship funded by the John Templeton Foundation.