Home » Unlabelled » STS and the Spectre of ELSI

STS and the Spectre of ELSI

Lee 12:04 AM 4 comments
Tweet
A spectre is haunting STS, the spectre of ELSI.

Lukas's last post and Hank's comment (including the Winfried Fluck article Hank linked to) evoked many thoughts in me. The kinds of "facts" brought up in Brooks's column makes me wonder whether we will one day see No-Child-Left-Behind-esque standardized testing in universities. I want to add another layer to this discussion of the changing academic environment by discussing how funding might be shaping STS research. 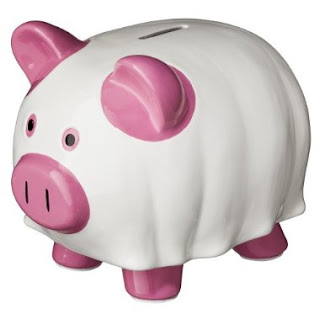 The Human Genome Project's program on Ethical, Legal, and Social Implications (ELSI) was founded in 1990. The HGP dedicated 3 to 5% of its budget to ELSI research. Since then other programs on emerging technologies have had similar ELSI-type institutions, including Paul Rabinow's controversial tenure at the Synthetic Biology Engineering Research Center (SynBERC). Such programs mean a pot of money for STS scholars.

I've become very interested in how this funding has come to shape research in STS (broadly construed to include HOST). STS scholars often apply (and, in a Fluck-like manner, compete for) grant money. In some ways, this might be structurally akin to the kind of "corporatization" of research that Philip Mirowski has described in _Science-Mart_, though, for sure, most ELSI-type money is public, not private. I think this trend has had a host of influences on STS research.

I'll just list some possible implications now, though perhaps I can expand this reflection later. First, this focus on emerging technologies may limit the amount and depth of possible empirical research. What kind of sources exist for technologies that have very little to no history?

Second, the ELSI framing explicitly focuses on the normative "problems" inherent in scientific and engineering research. This might lead STS scholars to ignore issues in science studies that are less laden with (socially-noteworthy) norms. And, thus, it might flatten and circumscribe our overall account of science and technology. (I think, for instance, that the Speculative Realism movement might suggest that we should move away from the normative aspects of S&T--a subject for another time.)

Third, even if STS researchers want to do normative work, ELSI research seems to primarily involve participant-observation, such as attending conferences, conducting interviews, etc. These methods necessitate the continued participation of the the scientists and engineers doing the work. Thus, ELSI-type researchers may be more likely to pull their punches, else they anger or alienate their subjects.

Fourth, since ELSIers focus on the emerging, they may tend to ignore age-old, ordinary, mundane, or industrial technologies that have real impacts on our daily lives. Consider the US electricity system, which appears to be headed no where good at all but is the subject of just about zero "sexy" STS research. At the SHOT meeting in Cleveland last year, an audience member stated that STS scholars focus either on the emerging or on mundane technologies in developing nations (primarily in Africa) but on very little in between.

Finally--and most simply and stupidly--what does it mean for ELSI-type researchers to have (at least parts of) their research agenda set by someone else?

But perhaps I'm just being one of Winfried Fluck's romantic individualists?!?

Good things, Lee – stuffed with ideas. Are these impacts you're already seeing (if so, where?), or are they impacts you project based on the potential increase in STSers and others seeking funding that's legitimated on an ELSI model?

I ask because this weekend at the Joint Atlantic Seminar for the History of Biology, the rise in research on "recent science" was noted in a retrospective plenary discussion, and I wonder whether there might be something similar at work in that community..

Yeah, I see these things all over the place in STS, though rarely are they all evidenced in one work. I think the trend will increase if the ELSI model expands.

It would be unkind of me to beat up on individual works here, but I think I can handle these issues at a general level. I am often surprised at how little empirical work goes into--even senior scholars'--work on science and technology policy. They often rely on published reports, laws, speeches, etc., all easily available and requiring no work. Now, I can go along with people who say that evidence is just a claim to authority that does not get us any closer to the "truth" (even if I don't buy that line of reasoning in my heart of hearts). I can even get on board with those people who say that the ultimate goal of research in the humanities and social sciences is to be "interesting" (even if I prefer the interesting and useful). But what I find is that the most engaging work uses evidence in cool ways. So, the work being done in STS that is superficial is not only bad from a scholarly standpoint (though it is certainly that) but also boring.

STS's focus on the normative dimensions of science and technology is widely perceived, I think. You have told me that people in HOS often think of STS as studies of science and technology "policy," which is not wholly unfair. You also see this line of critique in Lorraine Daston's piece in Critical Inquiry (which you've previously discussed on American Science), though I think some of her points are overstated. I think that more people in STS should work less fraught science and technology issues in order to provide a truly robust account, while still remembering that nothing is amoral or apolitical. (For instance, instead of building a particle accelerator or putting whitey on the moon, we could feed the poor.) Still, what about, for example, the role of play and games in creating scientific knowledge and technological change? What about the hackers and the phreaks and the makers?

On the inverse side of people being "captured" (in the regulatory sense) by their own research subjects and forced to pull punches, I think this is also a pretty well known phenomenon. People often say that Rabinow was selected to work at SynBERC because he is so pro-biotech; he was seen as a friendly actor. Do ELSI-like STS researchers become to the technoscientific venture what Alfred Chandler was to the large corporation?

Finally, STS's focus on emerging technologies is also famous. Just scanning the program from last year's 4S meeting in Cleveland, many of the papers were on emerging technologies, and nearly nothing dealt with topics before 1945. Industrial and other non-emerging technologies were conspicuously absent. The one exception is maybe nuclear, which is experiencing re-enlivened interest because of Fukushima. I can be massively curmudgeonly about this kind of follow-the-wind academic faddishness.

Uh-oh, Lee: "I am often surprised at how little empirical work goes into--even senior scholars'--work on science and technology policy. They often rely on published reports, laws, speeches, etc., all easily available and requiring no work." I guess I'd need to hear what you mean by "empirical work" and "work," but it seems to me that one can do good stuff in all sorts of fields without doing what it seems you mean by "work." Do you mean that it's bad when scholars *claim* to do empirical work of the sort you mean and then don't, or do you really think it's not "work" if you study this stuff without going to the archive?

Oh, no, no, no. I definitely don't want to say this latter thing about the archives. I mean "work" in the broad sense of social science/humanities methodology. I'm equally as impressed with excellent ethnographies, studies that include in-depth interviews, you name it, as I am with archival work. I am less impressed with "media studies" type work that only focuses on "texts." I mean reading out texts or reading them "sideways" or whatever is absolutely essential to all of these other kinds of work, but I don't think it often stands well on its own.