The High Quality Research Act: A Steaming Plate of Democracy, or Careful What You Wish For!!

Lee 5:06 PM 4 comments
Tweet
I'd like to build on Hank's post from yesterday, which looked at Rep. Lamar Smith (R-TX) and Smith's potential legislation, the "High Quality Research Act" (HQRA), which would curtail research spending on certain kinds of research at the National Science Foundation. This article nicely spells out the basic contours of the story. Rep. Smith is particularly interested in cutting funding to research in the social sciences, unless it makes contributions to economic development and national security. What has mostly gone un-mentioned in recent news articles is that most of the cuts will likely effect the NSF's program in science and technology studies (STS), a field in which I and most other authors of this blog work. Hank did a nice job in his post of connecting this law to two long-standing themes in STS, namely the so-called Science Wars and peer review. I would like to take this issue in a slightly different direction by focusing on STS writing on democracy. 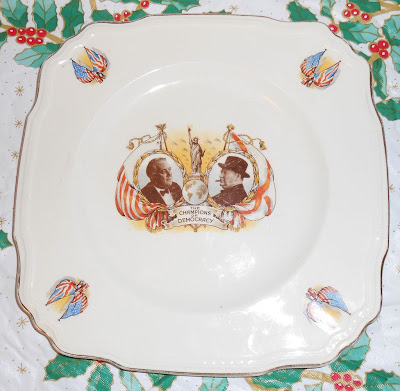 STS writings on democracy go back a long ways, indeed one could easily argue that the place of science in liberal democracies is *the* central theme of the literature. How should science be controlled in a democratic society? Should it fulfill a "social function," for instance? Or should its objectives be set by scientists? Also, how should the products of scientific discovery play a role in democratic politics?

In the UK in the mid-20th century, J. D. Bernal and Michael Polanyi had it out over this issue, with the Marxist Bernal arguing the science should be for the people and Polanyi insisting that science worked best when it was "autonomous." In the United States at about the same time, Vannevar Bush was dreaming up the institution that would eventually become the NSF. It's important to note, however, that Bush originally envisioned an organization for scientists by scientists that would have been fully autonomous from intervention from politicians, including Congress. But this part of Bush's reverie never came true. The NSF has always had some oversight.

Of course, one way this issue connects to the history and sociology of science is through the theme of who chooses scientific problems and how they are chosen. This topic goes all the way back to Merton's Harvard dissertation (1936?) and whiles its way through Kuhn, Forman, Crosbie Smith, Jeremy Blatter, and the whole literature on whether Cold War defense spending "distorted" science.

Most of my progressive friends have been unhappy about this Republican turn against the NSF. They like to point, as Hank did, to the fact that Rep. Smith doesn't buy into the products of science, including climate science. But we should realize that Smith's actions are completely understandable when viewed from a slightly different angle, which I usually call the "Whitey's on the Moon" critique, after Gil Scott-Heron's great song of the same name.

As Heron asks, why should we be putting white men on the moon when our healthcare system is broken and people are suffering poverty? "Was all that money I made last year for Whitey on the Moon? How come there ain't no money here? Hmm. Whitey's on the Moon." And all of us know about how silly and stupid some research in the social sciences and humanities is. This became especially true in various "studies" programs took off in the 80s, 90s, and 00s. Even lefty scholars, like Terry Eagleton, criticized the silly excesses reached in certain fields: it paints unholy pictures of some grad student in his studio apartment, dressed only in socks and boxers, sitting on his couch with a notebook, watching hours of porn, writing up his doctoral thesis on "The Historical and HermeneuticalTrajectory of the Money Shot" or whatever.

So, it's a good thing to ask where our money is going and what it is producing. (Of course, as Scott-Heron points out, the same kinds of questions can and have been asked about the space program and, like, particle accelerators.)

It goes without saying that I part ways with Rep. Laramie when he thinks that the only things of value are economic development and national security. But that last sentence is so glaringly obvious that it really should have gone without saying.

But I think another place this law clearly intersects with STS is around the issue of "democracy." Some branches of STS have been insisting for years that science and engineering need more democratic input. (Just go to your friendly neighborhood STS journal and pump in the search term "democracy.") Is this desire for "democracy" in STS a conservative desire? Or a progressive one? Well, that depends, of course. It is remarkable, however, how close certain self-proclaimed progressive strains of post-1960s academic thought come to traditional conservative ideas. It's no surprise that Habermas called Foucault a "young conservative" given the long Burkean line of seeing people primarily as a product of their society's past. It's complicated. Michael Polanyi, who defended the autonomy of science, was also a "conservative nutter" (as one person called him at a conference I attended recently). Our ordinary ways of dividing up politics often falls down when examining these kinds of issues.

But now perhaps we are seeing how calls for "democracy" are often not as progressive as their chanters believe. Yes, I know that there is a long tension in this country between desires for democracy and fears of the populist mob, of which the Tea Party is one expression. The irony is that STS scholars have always advocated democracy but when the crowds came--Rep. Lamar and his merry band of Tea Partiers--and they entered the NSF, the work of STS scholars was the first thing on the chopping block.

Here's another metaphor for you: STS-ers have written a lot on "democracy," and now Rep. Lamar Smith has served them up a big steaming plate of democracy, upon which he and they can now dine.

Interesting column, Lee. I wonder what are realistic expectations for any field of inquiry. You note several cases where there are a few people doing really interesting stuff and a lot of people doing middling work. I wonder if this is at all distinct to STS or a more typical pattern of many fields. I could easily imagine this being true of French literature studies, molecular biology, or economics. It certainly is the case in history of technology.

I bring this up because it is an important consideration in how we assess the health and vitality of different research fields. If the expectation is that the vast majority of people are doing really interesting and innovative work, it perhaps sets us up to fail (particularly in the eyes of conservative congressmen). On the other hand, perhaps simply citing the fact that a field has produced some really good work is what is important at the end of the day. I'm not sure exactly what I think of this myself, but I do think proclaiming realistic expectations for fields is key.

Thanks for your comment, Chris. Your point is valid. I edited most of that stuff out in the most recent version; it was probably largely the result of being grumpy today. It was a distraction from my key argument, which is really about the irony at hand.

That would be fine if Rep. Lamar Smith himself were interested in a democratic process. He is not a voice for democracy, he is apparently mostly interested in taking the process away from any democratic base, and deciding its outcome for his own particular interest group. I would love to include him and all others at a table for fair, open, honest discussion and consensus building. He wouldn't be interested unless he could seize control of that process too. I'm not saying there aren't many others like him, on both sides of the question. I'm saying that we shouldn't give his calls for "democracy" any credit they don't deserve.

Hi, Scott. Thanks for your comment. A lot of this hinges on what the word "democracy" means, which has always been part of the problem. I'd be interested in hearing why you think that Smith is not "interested in the democratic process" or how he is seeking to take "the process away from the democratic base." (What is that base?) Your point about interest groups being opposed to democracy is also interesting. Many political scientists, going back to Arthur Bentley (though you could make the case that the idea extends back to the Federalists) up through mid-20th century writers like David Truman, just see democracy AS the struggle between interest groups. From this perspective (and others that might point back to those who voted for Smith), Smith is just doing his job.