Home » Unlabelled » Foggy with a Chance of Profit

Foggy with a Chance of Profit

My dad, like many dads, has a keen ear for strangeness in the language of popular culture. Less commonly, he takes particular pleasure in bringing his oblique perspective to trends in science and technology. (An example: once, in response to an article detailing an fMRI study of mate choice, he composed a poem entitled "On the Neurobiology of Love." He submitted the poem to the Journal of Comparative Neurology. Sadly, it was rejected.)

The other day, my dad was excited to tell me about a new term he'd learned: "the fog."  He didn't know exactly what it meant, but he was pretty sure that it had something to do with something that happens at the edges of cloud computing (he wasn't certain what "the cloud" was either, he admitted). Whatever it was, he informed me, he had been told that fog computing was going to be the next big thing. He encouraged me to "google it up." And so I did.

I'm not convinced that we will all soon be on "the fog." But I do think that the neologism offers us a chance to reflect a bit on the metaphors that we use to talk about technology.  Technological metaphors can seem to be everywhere and nowhere, flitting into and out of existence.  But like the Internet itself, they are built and deployed by specific actors for specific purposes. With familiarity, reuse, and appropriation, we employ and understand these metaphors in shifting ways. Nevertheless, like all metaphors, they carry their history along with them.

My dad's definition of fog computing was pretty much on the mark.  The term was coined in 2012 to refer to processing, data storage, and communications carried out among clusters of networked devices - computers, but especially smartphones, networked wearable gadgets, and other "Internet of Things" things.  "Fog computing" is, of course, defined in distinction to cloud computing. Instead of offloading computation to a server in some generic remote location - "the cloud" - the idea of "the fog" is to make use of the computing capacity of local wirelessly-networked devices.

The primary advantage claimed by proponents of the "fog" is speedier communication between the user's device and the device doing the computing. Data exchanged between a cloud server and user is routed through the communications infrastructure of internet service providers - fraught with questions about its speed, capacity, and fairness. The "fog" model, in contrast, relies on speedy, direct, local connections between two devices. It's the difference between a phone exchanging data with an internet router in your living room (the fog) and your phone or router, along with millions of others, exchanging data through an ISP with, say, a server farm in northern Virginia (the cloud).

Among the fog's most prominent cheerleaders are investors and salespeople. A Goldman Sachs investment research report lists the "fog" as one of the premiere opportunities in the Communications Technology sector. A two-day conference in November will educate IT and operations officers on the sector ("The Conference Program is Built to Give you New Tools to Add Revenue"). The fog also has its detractors.  A former IT manager at the Department of Homeland Security, for instance, points out that the main idea of all the talk about "cloud computing" was to decouple storage and processing from any particular site.  "The fog" is thus, at best, another term for a portion of the territory that "the cloud" already covers, sure to introduce further confusion into an already-confused field of public- and private-sector information technology.

The harshest critique of the fog, however, it that it is a craven branding ploy. It's fairly easy to connect the dots. Cisco, the networking hardware giant, wants to sell more routers and similar hardware, and to establish a larger presence in cloud computing. "Fog" talk positions the kinds of devices that Cisco already manufactures at the center of the new local clusters that will supposedly soon take over many of the functions associated with cloud computing. The researchers who introduced the term "fog computing" work for Cisco. So do most of those who have promoted the term in interviews with the business and technology media. The November conference on fog computing is organized by Cisco's PR firm (Cisco itself is the "Diamond sponsor"). Goldman Sachs, which issued the research report in which "the fog" figures as a cornerstone of the future of communications technology, has since 2011 shared a member of its board of directors with Cisco.* 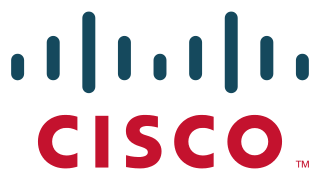 It's not particularly surprising that a new technological metaphor has its origins in a powerful firm's effort to expand the market for its products. This genealogy of the metaphor has consequences for those who use it. First, as the history of science and technology has taught us, technical language shapes the kind of arguments that can be made using it - in certain ways.  A chemist during the 1800s could use the term "oxygen" without subscribing to the etymological metaphor that cast the substance as an "acid-maker." But it was nearly impossible to invoke the term without subscribing to the general account of chemical elements and compounds within which Lavoisier defined it. However distinct and meaningful an entity one takes "the fog" to be, to speak of it is to emphasize the importance of a certain kind of technological system and the devices that make it up.

Second, to introduce a new technological term is also to introduce a new category for users and policy-makers to grapple with. This already happened with "cloud computing." MIT Technology Review reported in 2011, "After the country’s former IT czar, Vivek Kundra, pushed agencies to move to cheaper cloud services, procurement officials faced the question of what, exactly, counted as cloud computing. The government asked the National Institutes of Standards and Technology to come up with a definition. Its final draft ... begins by cautioning that “cloud computing can and does mean different things to different people.”" When a new term is taken up by policy-makers, it has real consequences for those charged with implementing the policy - and those who bear the cost of the more or less coherent results.

Finally, the particular metaphors that technologists seize upon can suggest something broader about their culture.   A month before the Cisco engineers introduced the term, Wired reported on a DARPA-funded effort to ferret out leakers of government documents.  The initiative would automatically generate and distribute traceable  misinformation ("disinformation technology") that, if leaked, could be traced back to a particular individual.  The researchers' term for their method: Fog Computing. As journalists sometimes say, once is a fluke, but twice is a trend. For the contractees of the Defense Department as for the employees of Cisco, it seems that there's something compelling about a technological metaphor that trades the promises of precise command-and-control for a suggestion of something rather more soft and nebulous.

* The first page of the report features a caveat emptor: "Goldman Sachs does and seeks to do business with companies covered in its research reports. As a result, investors should be aware that the firm may have a conflict of interest that could affect the objectivity of this report."

Evan, I like this post a lot. Your point that "the harshest critique of the fog, however, it that it is a craven branding ploy" rings particularly true. It reminds me of some "historical neighborhoods" in Chicago, which were largely the creation of smart real estate agents and developers in the 1990s and early 2000s. If you name something and control it, there's a good chance you can reap treasure. The fog also recalls organizations like the Wi-Fi Alliance. While many of us take the Wi-Fi standard for granted, an organization determines whether a company can put the Wi-Fi logo on its products--and exacts certification fees to make that determination. There's a good literature on reasoning by analogy and metaphor in technology policy (Alex Wellerstein has a nice piece on the Manhattan Project as analogy: http://fas.org/pir-pubs/dont-need-another-manhattan-project/). But I think what you have added is the point that we often use metaphors to gesture towards new fields or domains in technology, especially ones we hope to profit from.

Thanks, Lee! I'll throw in a cite to a (behind paywall) Representations article by English literature scholar Ian Duncan on metaphor in scientific and literary language: http://www.jstor.org/stable/10.1525/rep.2014.125.1.15

One of Duncan's points, drawing on literary theory to critique literary criticism, is that a lot of (all?) scientific and technical concepts start out as metaphors, slowly hardening through use into "literal" terms. So when we look back at discussions of science in historical literature, we recognize figurative language in passages whose metaphors never caught on or became defamiliarized through disuse, while we recognize "scientific language" in passages whose metaphors stuck.

I think the "me-too" metaphor relates to this in an interesting way. Once "the cloud" catches on, the metaphor becomes fixed enough that a firm like Cisco can come along and carve out a reasonably legible description of a subset of this market using an adjacent metaphor, "the fog." I bet there are lots of cases of this sort of thing. It potentially offers a useful perspective for telling stories about innovation (oops, the i-word!) vs. imitation debates.