David Roth Singerman 11:19 AM 1 comment
Tweet
Like a lot of us, I'm applying for jobs. In practical terms, that means I have been firing a lot of PDFs into the cloud, with no reason to believe that anyone will ever read them. Months go by with nary an automatic email of receipt. So when, one recent day, I heard from an institution's search committee, my surprise was so complete that my mind could only grasp its dimensions through an analogy. Or, more precisely, through an analogy to an analogy.

What immediately popped into my head was a famous description of a rather more important shock in the history of science: Ernest Rutherford's astonishment that alpha particles—today aka helium nuclei—reflected off a piece of gold foil. Being told of the reflection "'was quite the most incredible event that has ever happened to me in my life," Rutherford said in one of his last recorded lectures (he died in 1937). "It was almost as incredible as if you fired a 15-inch shell at a piece of tissue paper and it came back and hit you."

Abraham Pais, in his 1986 Inward Bound: On Matter and Forces in the Physical World, transcribed the recollections of Ernest Marsden, the undergraduate who was working in the lab of Hans Geiger at the University of Manchester in the spring of 1909:

"One day [early that year] Rutherford came into the room where we were counting . . . [alpha]-particles . . . turned to me and said: 'See if you can get some effect of [alpha]-particles directly reflected from a metal surface'. I do not think he expected any such result, but it was one of those 'hunches' that perhaps some effect might be observed . . . To my surprise, I was able to observe the effect looked for . . . I remember well reporting the result to Rutherford a week after, when I met him on the steps leading to his private room."

The phrase had been lodged in my brain for many years, but this time I was suddenly curious, in a way I hadn't been before, about its material components, the shells and the tissue paper. This is probably because I have recently been reading about things—reading about how, over the past decade or so, historians, anthropologists, philosophers, literary critics, and others have gotten interested in studying recalcitrantly material things, as opposed to compliant objects, and the relations between their thingness and the meanings we give them.


I'm hardly the first to have been struck by this analogy. It turns out that when, exactly, Rutherford first made this analogy has been a subject of some interest and dispute, largely for what it might say about how this result was interpreted in 1909. The history of science is replete with experimental results that are retrospectively interpreted as remarkable in a way that they were not judged so by contemporaries, thanks to the experimenter's regress. The Michelson-Morley experiment is probably the most famous: to Richard Feynman, it clearly demonstrated the falsity of the electromagnetic ether, but Feynman had the signal advantage of working in the 1960s. In a footnote, Pais observes that two of Rutherford's later students at Cambridge's Cavendish Laboratory heard him use a similar comparison. But Pais laments that "We cannot know how early this picturesque comparison struck Rutherford for the first time." But John Heilbron, in a 1968 article, was convinced that "the military imagery and the incredulity are later fabrications." He noted that in a September 1909 lecture, just a few months after the experiment, Rutherford's main problem was to account for the penetration of alpha particles, not their sometimes reflection. The Thomson model of the atom, hitherto, held it to be filled, not empty, and thus "only with the identification of the alpha particle with a bare nucleus and the atom essentially with empty space did the former become a cannon ball and the latter tissue paper" (265). Heilbron cites a passage from the same lecture which, he says, further demonstrates a lack of sufficient astonishment at the reflection: "not yet...the most remarkable event in Rutherford's life!"* 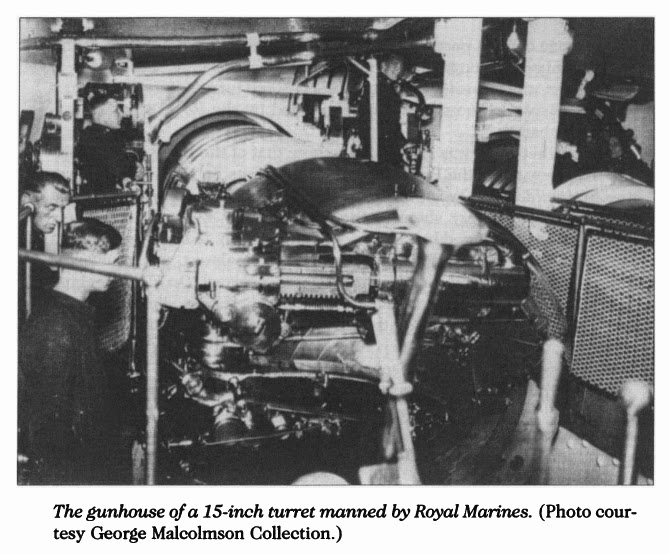 In understanding the things of Rutherford's analogy, I first thought, its timing might be crucial; but it turns out that in understanding the chronology of this experiment's interpretation, Rutherford's analogical things might help. It appears that in 1909—when Rutherford claimed, later, to have immediately registered his shock—15-inch shells did not yet really exist. HMS Dreadnought, the 1906 battleship famous for instantly rendering every other warship obsolete with her steam-turbine speed and heavy armament, boasted guns "only" 12 inches in caliber. 15-inch shells would only implausibly have been in the arsenal of metaphors for a layman to draw on.

But by the time Rutherford returned to Cambridge and the Cavendish in 1919, where his analogy was first reported, guns that big had become major things. During the First World War, the Paris Gun of the Krupp firm, mounted on a railway car, had bombarded Paris from 80 miles away. Even that, however, wasn't very big, below 10 inches. 15-inch guns were really large. They were, with rare exceptions, only mounted on battleships and battlecruisers. Yet while British 15-inch guns had become cultural things, their shells were most famous for their failures to penetrate their targets. The Royal Navy's largest projectiles had embarrassingly failed to make a dent in German armor at the Battle of Jutland in 1916, exploding harmlessly against their opponent's plates, while several British ships had detonated after taking a paltry number of salvos on their lightly-armored chins. In other words, when Rutherford is recorded to have first made this analogy, 15-inch shells were actually known for their tendency to bounce off their targets. And this analogy couldn't have been made much before he arrived at the Cavendish in 1919, or else it would have had to have been a smaller-bore analogy. Do analogies, like guns, get re-bored at higher calibers? 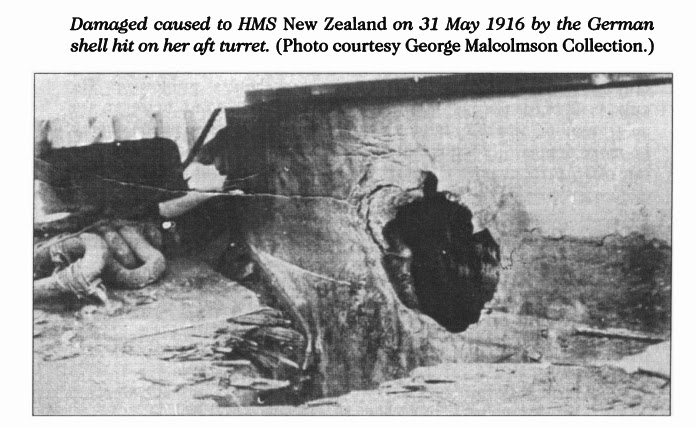 And I haven't even talked about the tissue paper. Consider this somewhat odd post, therefore, a call for those who know more about atomic physics, military history, and the history of fibers than I do to consider the "thingness" of the things in Rutherford's phrase.

*Amusingly, Heilbron begins his article with the sentence "Alpha and beta particles are the chief shrapnel of natural radioactive decay."

Fantastic story, David. Given the timing of the post, we might take it as an example of how the kind of questions that we usually associated with the history of technology can inform (intellectual) histories of science. Here's to more histories of the technological things that go into the constitutive metaphors of stories about science and society.