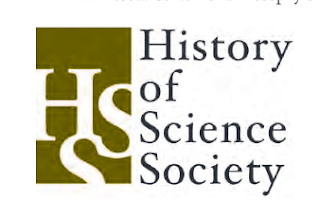 Evan and I are just back from a long weekend in Chicago, where we attended the 2014 History of Science Society Annual Meeting. Today is part one of our two-part recap of some of our favorite panels and conversations that we encountered over the course of the conference.


I was excited about the multiple ways that questions of visibility and invisibility manifested themselves during the meeting. The conference's opening plenary session on “Bounded Rationality and the History of Science,” for example, explored the ways in which looking back at our histories for something like ‘bounded rationality’ illuminates particular styles of reasoning in a given historical moment. As the most literal interpretation of this, Steph Dick of the Harvard Society of Fellows demonstrated how early and mid-twentieth-century computer programmers’ ideas about what counted as rationality were contingent on their relationship with computers. Henry Cowles of Yale (and AmericanSci fame) looked at how ‘trial and error’ functioned both as a tool for knowing and its own theory of explanation in nineteenth century comparative psychology, and Colin Webster of UC Davis showed how the ancient Methodic school of medicine promoted an epistemology that in fact becomes legible and comprehensible when we moderns consider it through the lens of the logic of bounded rationality. In each of these cases, tools—computers, animal mazes, etc—are not only themselves theory-laden, but in fact become the cognitive tools for conceptualizing how the world works.


More explicitly in the vein of in/visibility was a panel on “Technicians Visible and Invisible.” Here, I was particularly excited about the work that Caitlin Wylie of New Jersey Institute of Technology presented on the epistemic and labor politics of a contemporary paleontology laboratory. Through an ethnographic investigation of the relationships between paleontology researchers and preparators (those who prepare fossil specimens for later investigation), Wylie found that preparator’s labor and knowledge about specimen preparation—material and epistemic practices that are later rendered invisible via the publication process—are in fact the most visible in the laboratory, and in this space, it is researchers who are the invisible ones. Wylie’s work is an important update to Steve Shapin’s classic work on the many ways that technicians and other forms of laboratory work are later erased from the historical and scientific record, and is a great example of a kind of finding that could really only be happened upon via ethnography. (For more of Caitlin's work, see her recent article on preparators and creativity in Social Studies of Science.)


Next was a panel on “Historical Tracers and the Historiography of Science,” featuring our very own Evan Hepler-Smith, along with Whitney Laemmli of UPenn, Hilary Robinson of the MIT HASTS Program, and Matt Jones of Columbia.  ‘Historical tracers’ was first put forth as a historical methodology by Angela Creager in Life Atomic, her excellent history of the many ways in which radioisotopes were used to trace ephemeral biological processes in post-WWII life sciences. Creager plays with this idea of tracers by taking radioisotopes as historical tracers that she follows through a variety of institutional and experimental settings. As Creager explains, following these tracers through time and space allows her to “make visible key transformations in the politics and epistemology of postwar biology and medicine.”[1] Panelists in this session built on this idea by emphasizing the “otherwise invisible or ephemeral epistemologies” inherent to the histories they study, as Evan phrased it. To give just one example of how this played out in the presentations, Evan followed a chemical name—MCHM—through laboratory and regulatory structures to illuminate how it came to be that, when large amounts of MCHM spilled into a West Virginia river in early 2014 and polluted the drinking water of hundreds of thousands of residents, no one knew much of anything about the chemical, despite the regulatory structures in place that are meant to protect against these kinds of epistemic lacunae.


For me, historical tracers—as both a methodology and object of historical inquiry—resonate in important ways with Jane Bennett’s recent work on distributive agency.  As part of her theory of vital materialism, or a way of looking at the world that takes seriously the vibrancy and vitality of the non-human, Bennett argues for a reconfiguration of our concept of agency as something that emanates not from a single source (either human or non), but instead is “distributed along a continuum” and “extrudes from multiple sites or loci" (this of course bears much resemblance to actor-network theory, which Bennett acknowledges).[2] Through this mode of analysis, certain assemblages of power and “swarm[s] of vitality” come into focus, and objects become implicated alongside humans for their causal role in events. For Bennett, electrons and power grids bear import alongside Enron and federal regulators in explaining the electrical blackouts that happened across North America in the early 2000s, much as for Evan, the chemical composition of MCHM itself must be considered alongside changing American regulatory policies to understand the chemical spill in West Virginia.

Though this session was framed specifically around Ian Hacking’s program, I got the sense that at least a few of the presenters are eager to engage with ontology as it relates to the more recent turn to ‘new materialisms’ (a turn that includes Bennett); Carla Nappi, for one, made an explicit nod to this literature during the discussion. I am excited to see where this intellectual interest goes -- new materialisms and object-oriented ontology are rife for engagement on the part of historians of science, and I look forward to seeing how our community takes on these programs in the future.


In her concluding remarks during the meeting’s opening plenary session, Lorraine Daston commented that ‘bounded rationality,’ for the presenters, was simultaneously an object and method of historical inquiry. I think the same can be said for historical ontologies and historical tracers. Historical ontologies, bounded rationalities, and historical tracers all demand that historians hold the material and representational practices of knowledge production alongside—and in equal weight to—cognitive practices. What’s especially valuable about these approaches is the way that they all encourage a historical sensitivity to the Foucauldian truth regimes or epistemes not only in which our historical actors are situated, but of which we as historians are also a part. These frameworks call on us to simultaneously recognize the limits of what was possible to think or say during a particular moment in time, and to acknowledge why or how these things become intelligible from our contemporary vantage.

Thanks for this very interesting post and for coming to my talk, Leah! Did you go to the session about "go-betweens", based on the book The Brokered World? That concept seems to be yet another useful way of thinking about invisibility, black-boxing, and power.

Hi Caitlin! Thanks for this comment, and for sharing those links. I didn't make it to the 'go-betweens' session but it sounds fascinating. I was talking with Jenna Tonn yesterday about the conference and she made the observation that, in this renewed emphasis on ontology and materiality that's going on in our field, many of the presentations she saw were oddly devoid of human actors. In this context, I think your work is particularly refreshing in that it does the double-duty of illuminating both human-human and human-object relationships. (I was also interested to see how ontology popped up in your AmericanSci post). Thanks too for your article on creativity! I like this shift you make from talking about craft and artisanry to 'creativity,' as there seems to be more openness and fluidity to this latter category that, as you write, lends preparators' work an air of prestige. Looking forward to continuing the conversation!

Thanks, Leah. Jenna's right about that interest in objects and images and ideas more than in people. Maybe it's because people are harder to study, especially in history? I've often gotten disappointed comments after my talks to the effect of "But this wasn't about dinosaurs!" :) In my work the people are the focus, but somehow the promise of fossils and especially of dinosaurs attracts attention. I wonder if we think that we can leave the history of people to social historians? that historians of science have a particular privilege or duty to study objects and ideas? Just a thought. Please keep up the insightful blogging!
Caitlin